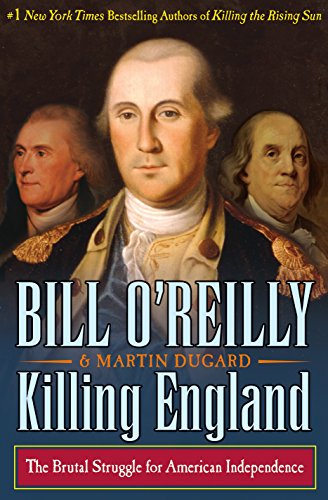 The Revolutionary War as never told before.

The breathtaking latest installment in Bill OReilly and Martin Dugards mega-bestselling Killing series transports readers to the most important era in our nations history, the Revolutionary War. Told through the eyes of George Washington, Benjamin Franklin, Thomas Jefferson, and Great Britains King George III, Killing England chronicles the path to independence in gripping detail, taking the reader from the battlefields of America to the royal courts of Europe. What started as protest and unrest in the colonies soon escalated to a world war with devastating casualties. OReilly and Dugard recreate the wars landmark battles, including Bunker Hill, Long Island, Saratoga, and Yorktown, revealing the savagery of hand-to-hand combat and the often brutal conditions under which these brave American soldiers lived and fought. Also here is the reckless treachery of Benedict Arnold and the daring guerilla tactics of the Swamp Fox Frances Marion. A must read, Killing England reminds one and all how the course of history can be changed through the courage and determination of those intent on doing the impossible.

2. Killing the SS: The Hunt for the Worst War Criminals in History (Bill O'Reilly's Killing Series) 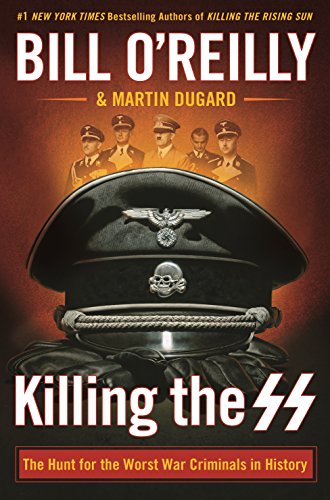 As the true horrors of the Third Reich began to be exposed immediately after World War II, the Nazi war criminals who committed genocide went on the run. A few were swiftly caught, including the notorious SS leader, Heinrich Himmler. Others, however, evaded capture through a sophisticated Nazi organization designed to hide them. Among those war criminals were Josef Mengele, the Angel of Death who performed hideous medical experiments at Auschwitz; Martin Bormann, Hitlers brutal personal secretary; Klaus Barbie, the cruel "Butcher of Lyon"; and perhaps the most awful Nazi of all: Adolf Eichmann.

Killing the SS is the epic saga of the espionage and daring waged by self-styled "Nazi hunters." This determined and disparate group included a French husband and wife team, an American lawyer who served in the army on D-Day, a German prosecutor who had signed an oath to the Nazi Party, Israeli Mossad agents, and a death camp survivor. Over decades, these men and women scoured the world, tracking down the SS fugitives and bringing them to justice, which often meant death.

Written in the fast-paced style of the Killing series, Killing the SS will educate and stun the reader.

The final chapter is truly shocking. 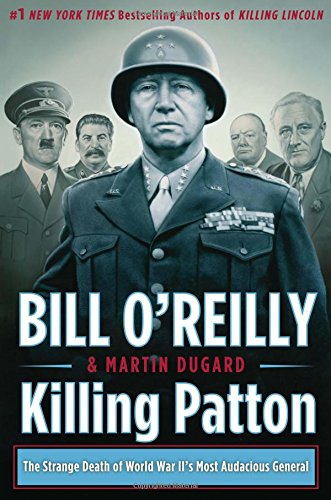 Readers around the world have thrilled to Killing Lincoln, Killing Kennedy, and Killing Jesus--riveting works of nonfiction that journey into the heart of the most famous murders in history. Now from Bill O'Reilly, iconic anchor of The O'Reilly Factor, comes the most epic book of all in this multimillion-selling series: Killing Patton.

General George S. Patton, Jr. died under mysterious circumstances in the months following the end of World War II. For almost seventy years, there has been suspicion that his death was not an accident--and may very well have been an act of assassination. Killing Patton takes readers inside the final year of the war and recounts the events surrounding Patton's tragic demise, naming names of the many powerful individuals who wanted him silenced.

4. Killing Kennedy: The End of Camelot 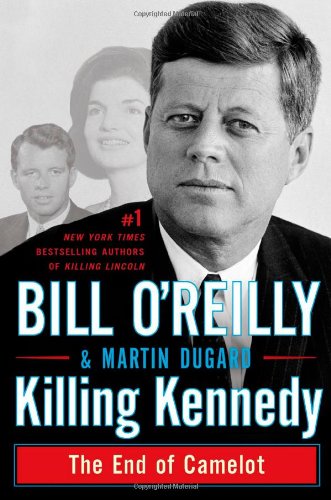 A riveting historical narrative of the shocking events surrounding the assassination of John F. Kennedy, and the follow-up to mega-bestselling author Bill O'Reilly's Killing Lincoln.

More than a million readers have thrilled to Bill O'Reilly's Killing Lincoln, the page-turning work of nonfiction about the shocking assassination that changed the course of American history. Now the anchor of The O'Reilly Factor; recounts in gripping detail the brutal murder of John Fitzgerald Kennedy--and how a sequence of gunshots on a Dallas afternoon not only killed a beloved president but also sent the nation into the cataclysmic division of the Vietnam War and its culture-changing aftermath.

In January 1961, as the Cold War escalates, John F. Kennedy struggles to contain the growth of Communism while he learns the hardships, solitude, and temptations of what it means to be president of the United States. Along the way he acquires a number of formidable enemies, among them Soviet leader Nikita Khrushchev, Cuban dictator Fidel Castro, and Alan Dulles, director of the Central Intelligence Agency. In addition, powerful elements of organized crime have begun to talk about targeting the president and his brother, Attorney General Robert Kennedy.

In the midst of a 1963 campaign trip to Texas, Kennedy is gunned down by an erratic young drifter named Lee Harvey Oswald. The former Marine Corps sharpshooter escapes the scene, only to be caught and shot dead while in police custody.

The events leading up to the most notorious crime of the twentieth century are almost as shocking as the assassination itself. Killing Kennedy chronicles both the heroism and deceit of Camelot, bringing history to life in ways that will profoundly move the reader. This may well be the most talked about book of the year. 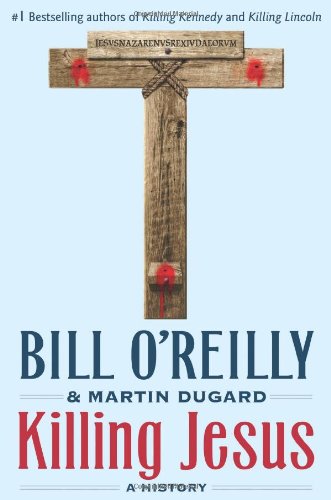 Millions of readers have thrilled by bestselling authors Bill OReilly and historian Martin Dugard's Killing Kennedy and Killing Lincoln, page-turning works of nonfiction that have changed the way we read history.

Now the anchor of The OReilly Factor details the events leading up to the murder of the most influential man in history: Jesus of Nazareth. Nearly two thousand years after this beloved and controversial young revolutionary was brutally killed by Roman soldiers, more than 2.2 billion human beings attempt to follow his teachings and believe he is God. Killing Jesus will take readers inside Jesuss life, recounting the seismic political and historical events that made his death inevitable and changed the world forever. 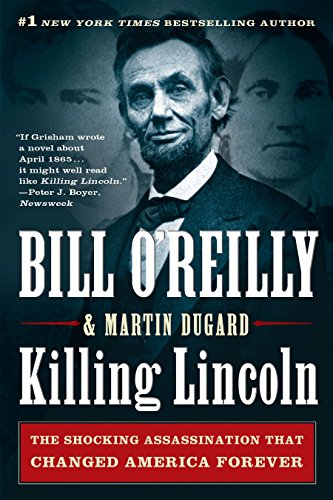 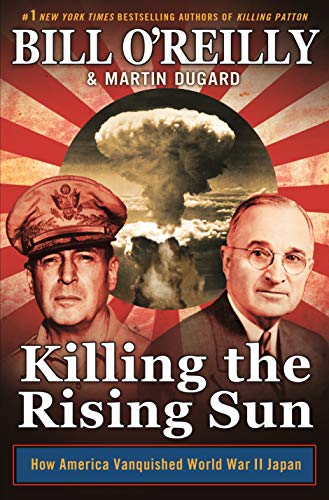 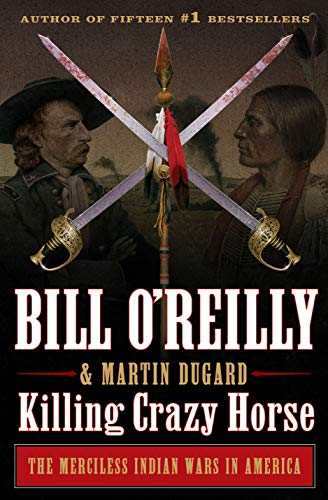 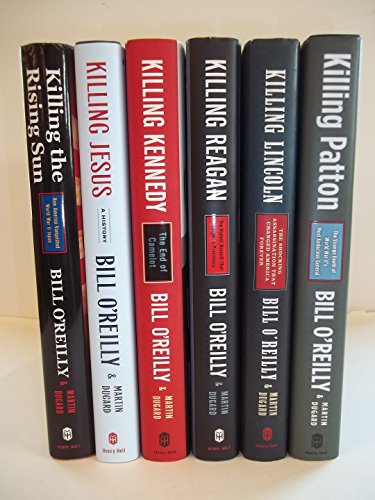 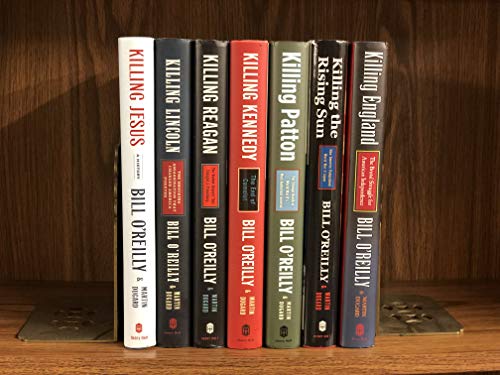